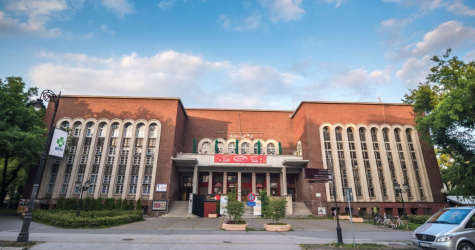 On December 6, 1934, the newspaper Yugoslav Journal noted the beginning of the work of the puppet theater in Subotica in the building of the then still unfinished Youth House. There was a great interest in performances, especially among children. The first professional ensemble was formed in the season 1953-1954 and since then the theater has been growin, with its professional and artistic achievements, reaching the very top of stage creation for children. In 2002, this cultural institution changed its name from Children's Theater to Children's Theater - Szabadkai Gyermekszinhaz, thus becoming the only theater in the country that works in three languages.

On the stage of the Children's Theater, a part of the performance from the competition program of the International Children's Theater Festival Subotica will be performed. More information on https://www.suteatarzadecu.rs/ 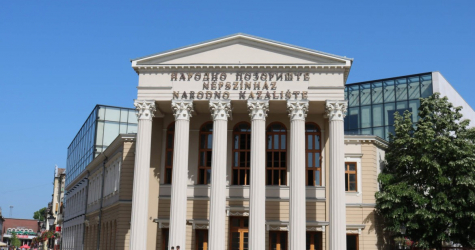 The National Theater is a professional repertory theater that represents the cultural identity of all communities in Subotica and is unique in our country because it works in two languages ​​and has two ensembles: Serbian Drama and Hungarian Drama. The National Theater was built in 1854 but only half a century later, when the building was renovatedIt got its present name. The spring of 2007 was marked as the beginning of the theater's reconstruction.

The Jadran Stage is the place where competition program of the International Children's Theater Festival Subotica takes place.

More information about the theater can be found at http://www.suteatar.org/ 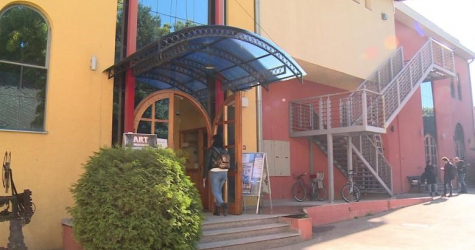 The Kosztolányi Dezső Theater is dealing with alternative theater - from Shakespeare to Mrozek, from Beckett to Brecht. Each play brings a completely different experience. The plays are played in Hungarian, and since 2007 there has been a translation into Serbian. Over the past years, the plays have been performed at various theater festivals, not only in the region and in Europe, but also in Asia and South America; In 2011 in India, and in 2012 in Brazil. Since 2009, the theater has had its own regional, international, contemporary theater festival, Desire Central Station, which has won an important position in the cultural life of this region.

A part of the performances of the competition program of the International Festival of Children's Theater Subotica will be performed on the stage of the Kosztolányi Dezső Theater.

More information about the theater can be found at http://www.kosztolanyi.org/ 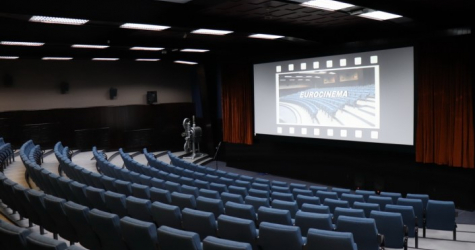 Eurocinema was founded in 2010 and is located in the heart of Subotica in the Open University office building . Since 2011, it has been a member of the international cinema network Europa Cinemas, so special attention is payed on European cinema and the latest European productions. In September 2013 the modern DCP and 3D equipment was installed with the financial support of Euroimages (European Cinema Support Found), the Ministry of Culture and Information of the Republic of Serbia and the Provincial Secretariat for Culture of AP Vojvodina. At that time, Eurocinema quickly became one of the most visited cinemas with "one screen" in Serbia and became one of the most popular cultural places for all generations in Subotica. In the period February-April 2019, with the investment of the Open University and with the financial support of the Serbian Film Center, a complete reconstruction of the cinema hall was carried out.

During the International Children's Theater Festival, the cinema hosts a film program, while the Gallery in the cinema hall is ready for exhibitions within the accompanying program of the Festival.

More information about the cinema can be found at https://www.eurocinema.rs/ 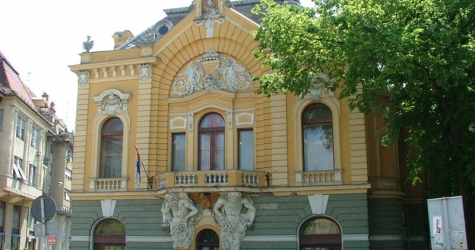 The building of the City Library in Subotica, the former building of the National Casino, was built in 1896 and has the status of a cultural monument of great importance. In present time libraries like the Subotica City Library have a special place not only because of the rich fund of local books, magazines, old and rare books and everything else that this spiritual treasury offers, but also because it has always been a place of intersection of different cultures and languages. The Library's odyssey lasts for 126 years now.

The City Library during the International Festival of Children's Theater Subotica hosts the promotion of books and various workshops organized for children.

More information about the City Library can be found at https://www.subiblioteka.rs/ 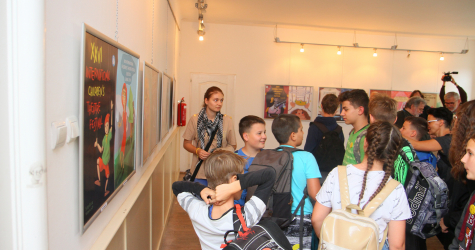 In order to improve the cultural life of young people and further develop interculturality and multiculturalism, the City of Subotica in 2005 founded the Foundation for Youth Culture and Creativity "Focus", which since January 2012 has changed its name to the Foundation "Danilo Kis". Its cultural politics is based on affirmation of local artists, informal groups and civil associations, but at the same time the Subotica audience is presented with quality and fresh projects and cultural content from other cities and countries. The Foundation implements a number of activities in cooperation, co-organization with other cultural institutions, educational institutions, youth groups, citizens' associations, individuals, working on further emancipation of audience and authorship. Apart from projects organized by the Danilo Kiš Foundation, there is an opportunity other organizations and individuals to realize their ideas in a quality way with the support of the Foundation.

The Gallery of the Danilo Kiš Foundation is the host of the Student Exhibition of the Festival Posters.

More information about the Foundation can be found at https://danilokis.rs/ 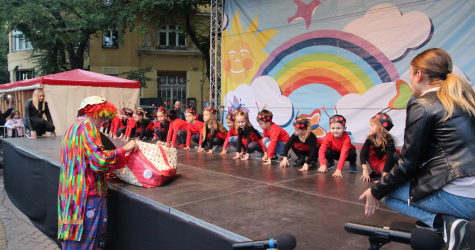 Unlike many European cities, the center of Subotica is not dominated by a cathedral or a church, but by the Town Hall, a masterpiece of Hungarian secession - built in 1912. It is surrounded with a park, fountains and a huge square, where many concerts and bazaars are held throughout the year. The building of the National Theater, whose renovation is in progress, is also on the square. On the east side of the square is the neo-baroque building of the City Library with the balcony carried by two Colossus. In the very centre of the city, there is also the Blue Fountain (2001), made of Zolnai ceramics, as well as all the decorative segments on Art Nouveau buildings in the city, and the new modern ground fountain (2020).

The International Festival of Children's Theater Subotica, with the accompanying program, Squares and Streets and the children who participate in it, is an additional decoration in the very heart of the city.

More information about the city of Subotica can be found at https://visitsubotica.rs/ 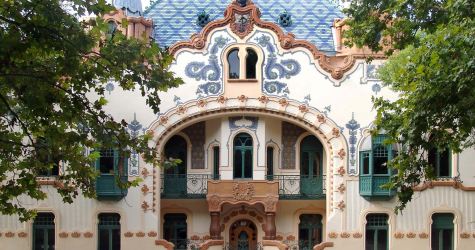 The Contemporary Gallery Subotica was founded in 1962 as the Art Meeting - Palić, with the duty to organize a public exhibition of works of art in the field of painting, graphics, sculpture and other forms of contemporary Yugoslav art and to organize lectures, talks with artists and art critics, and other forms of popularization of artistic creation. Today, the Contemporary Gallery of Subotica is becoming a center for all types of contemporary visual art, a place of education and a point of communication through its exhibition work. Today, the gallery is located in the magnificent palace of Ferenc Raichle, a local architect. In 1948 It was given to the Subotica City Museum , which adapted the space to its permanent exhibition, and since 1969 it has housed the Contemporary Gallery of Subotica. Since 1973, the building has been the protected cultural monument.

The Contemporary Gallery of Subotica is a place where the national puppetry of the Country in Focus is presented.

More information about the Contemporary Gallery can be found at https://sgsu.org.rs/